Spatial literacy and things to look at.

* New Spatial Literacy course in US

* The nine VAACs (Volcanic Ash Advisory Centers) have been designated by the International Civil Aviation Organization to provide their expertise to civil aviation in case of significant volcanic eruptions. The centres are a basic part of the IAVW. (International Airways Volcano Watch)

* Space Shuttle cockpit: No reason but just having a look.

* Great blog on GIS in education and curriculum integration. Plenty of linked resources and sites.

* Visualising geospatial data in 3D. DataAppeal is a recently launched web-based visualization application which enables users to produce three- and four-dimensional data maps and animations. It is based on concepts emerging from the 2010 book "The Exposed City: Mapping the Urban Invisibles" by Dr Nadia Amoroso

Posted by Malcolm McInerney at 11:54 AM No comments:

Many of us know Mick Law for his work over recent years providing GIS professional learning opportunities for teachers. Whatever conference one goes to, where geography teachers gather, Mick is there with his banner and table showcasing the great GIS classroom resources he has developed for schools. Mick is an ex-Brisbane geography teacher who made the plunge several years ago to establish his GIS education business after working for a year with ESRI Australia. Mick has written a wide range of targeted classroom activities and placed them on his website at http://www.contoureducation.com/ for free use by teachers. Here are just some of Mick’s resources:

The major component of Mick’s business is working with teachers to help them tackle the spatial technology and GIS learning curve. He has built up quite a reputation as a patient, empathetic and highly experienced adult educator who can translate the complex world of spatial technology into a purposeful and achievable pursuit for the classroom teacher. Unfortunately there are very few expert and classroom experienced providers of professional learning in the area of spatial technology application. Increasingly schools are requiring someone to come into their school; to hold their hand as they negotiate the learning curve. Mick is the man – go to his site for details.

Posted by Malcolm McInerney at 12:53 PM No comments:

For those trained and competent with GIS it has always been a temptation to “go for the jugular” with GIS when working with teachers. Yes, being able to use GPS, geocode, register images and create your own databases are indeed what the use of GIS is all about for the user of experience but for time poor teachers with limited ICT knowledge or application and possibly only teaching geography as one of their assignments in a school, learning GIS is indeed problematic. It is the daunting steepness of the GIS learning curve is what puts teachers off even starting to learn. It is simply too much to take on in one jump and because of the demands of daily classroom life, one jump is often all that can be spared. Since 1997 I have been working at developing resources and professional learning for teachers which reduces the hurdles and reduces the gradient of the learning curve. Between 2002-2006 the uptake in schools using ESRI ArcView GIS was steadily growing through initiatives such as the “Making GIS achievable” professional learning program in South Australia, the Innovative Technology centre in Queensland and the “Making GIS happen” resources available from TECHGEOG. These initiatives were based on the KISS (Keep It Simple S...) principle and those involved considered that slowly but surely teachers were taking up the use of GIS. However with the advent of ArcGIS as the designated ESRI software for schools in 2006 (The simpler ESRI ArcView software was no longer available to schools because of its incompatibility with the new server software and Microsoft Vista) the learning curve just became too steep for most teachers.

Anecdotally, schools, whilst using spatial technologies such as Google Earth and others, are less involved in the intricacies of using GIS platforms than they were only a few years ago.

There are a range of reasons for this but I suggest the major one is the lack of comfort of teachers with the complex GIS software as a starting point. In response to this I have been experimenting in several South Australian schools with using the simple and user friendly free ESRI GIS product called AEJEE.

Although the product has been free to download for some time it has not been actively promoted as a way to start in the secondary setting and as an adequate product for the needs of most primary school classes. In these trial schools for the Australian Curriculum: Geography I am working with primary and secondary school staff to learn the software in as much detail as possible and then to develop programs using the functionality of AEJEE. AEJEE can do almost everything required for initial use of GIS in the classroom (thematic maps, layer applications, layer customization, attribute table viewing etc). My premise in this work is that once teachers get confident with software which has a much more gradual leaning curve they will then gain the confidence to learn the more complex GIS platforms such as ArcGIS, MapInfo etc.

Most importantly they have become conversant with GIS language, software applications, GIS commands and most importantly the possibilities of GIS in the classroom. Such awareness prepares and provides teachers with confidence to negotiate the next step having had a good experience with the AEJEE program. The experience also, hopefully, will convince them that the time spent in learning GIS to the next level will be time well spent for their teaching and their students learning. Although I have focused on AEJEE in this posting and the trial schools I am working in, maybe Spatial Genie and other webserver GIS application such as ArcGIS Explorer
could be the base starting point for such an approach in the future. As the posting states, out of small thing, big things grow – when applied to the use of GIS in the classroom, from a simple achievable start using a product such as AEJEE, teachers can grow into using more complex GIS platforms in the future. They will not fall at the first hurdle as I feel is happening across Australia with teachers being overwhelmed with fully professional products such as ArcGIS. More on how the trial has gone in a future posting. I may be wrong but …
Posted by Malcolm McInerney at 10:05 AM No comments:

Spatial sites: All in one place! 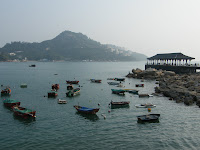 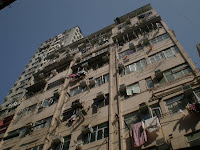 
Time to visit the Spatialworlds archives of classroom useful applications

Since October 2007 this blog has been posting a range of websites to support the use of GIS, visualisations and spatial technologies in the classroom. Quite understandably it is a pain to sift through the blogs archives looking for these postings amongst the general blog postings related to commentary and discussions on a range of geographical themes. This posting provides the direct link to practical spatial technology postings for ease of access. Enjoy!

Internet and GIS
Why we should use GIS in the classroom

Where is what?
Where is it?
Disaster sites
Where are you?
Worth a look!
Everything you wanted to know about Geography but too afraid to ask!

Images above: Madang Province, a slice of paradise!

Bits and pieces to have a look at!

1. What can one say? The images just continue to come of the Japanese tsanami.

2. A visualisation which puts the US debt into perspective.

3. State of the Sea Turtles: an interesting interactive map application of spatial technology.

World name profiler now active
Go to this site and type in a family name and get a thematic map of the world showing the range of the name across the world. Click on a country to get an even more detailed thematic map (especially for England, Europe, Australia and the US). Fantastic! A more detailed UK search profile is the Great Britain Public Profiler which investigates the geography of surnames in Great Britain, both current and historic. It allows users to search the databases that have been created, and to trace the geography and history of their family names.

Associated with the Public Profiler site are:

* The Onomap software tool classifies any list of names into groups of common cultural ethnic and linguistic origin using surnames and forenames. It can be run in a standalone version that requires no installation or internet connectivity, making it a valuable name coding tool for secure operating environments.

* The Censusprofiler Website presents a comprehensive picture of Great Britain's neighbourhoods in a national context using a unique open source mapping interface to the 2001 Census of Population.

* The London Profiler which visualises a London neighbourhood's profile using different area classifications through the Google Map interface.
Posted by Malcolm McInerney at 12:42 PM No comments: