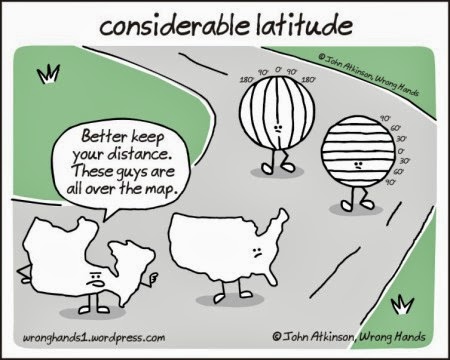 
In the process of capturing the world under a lens, Google’s cameras have managed to take some of the most incredible,non-edited pictures the world’s ever seen? This amazing library of images from Google Street View are ready for the picking to use in the classroom.

Humour is a good and useful thing in the geography classroom


* Visit the following to view some great cartoons, many with a geography/society and culture relevance (sorry, some of the sites are copyright marked but still good for a geographical laugh)

Here is a presentation from AGTA Chair, Grant Kleeman to support the use of cartoons in the geography classroom 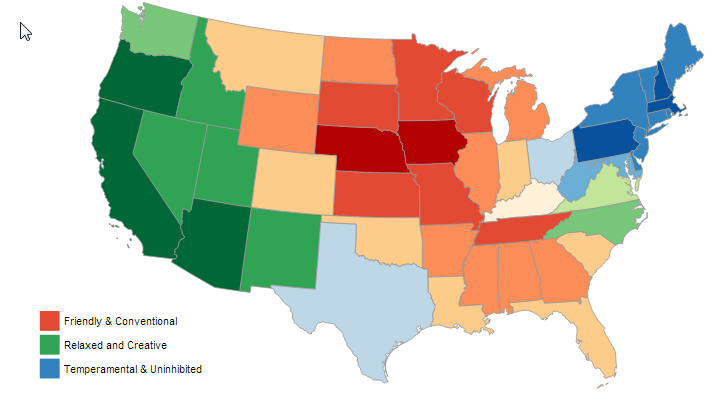 Image above: Map of personalities in the US.

Data visualisations with a twist!

Great visualisations just keep on coming as I trawl the Internet via Scoop.it and curating my Spatial Literacy Scoop.it site. Here are just a few.

Personal space How much space each person has in some of the world's major cities? The interactive shows 20 countries and each is represented by a circle sized by average square feet per person. Of course, as with population density, this data is broad with land distribution and usage to consider, but it's informative from a general viewpoint.

Food deserts
The map shows a sample of locations across the country, and line length represents distance to the nearest store. For example, in areas with a lot of lines headed to one spot is an area with fewer grocery stores. In contrast, mostly small line segments mean more grocery stores, and therefore less distance to travel to buy groceries.
Places where residents have limited access to grocery stores are called food deserts.

Mapping personality
For a country that features the word United so prominently in its name, the U.S. is a pretty fractious place. The country is split along fault lines of income, education, religion, race, hyphenated origin, age and politics. Then too there’s temperament. We’re coarse or courtly, traditionalist or rebel, amped up or laid-back. And it’s no secret that a lot of that seems to be determined by — or at least associated with — where we live.
Now a multinational team of researchers led by psychologist and American expat Jason Rentfrow of the University of Cambridge in the U.K. has sought to draw the regional lines more clearly, literally mapping the American mood, with state-by-state ratings of personality and temperament.
Read more on the America's Mood Map

Posted by Malcolm McInerney at 9:35 AM No comments:

Turning on to geography 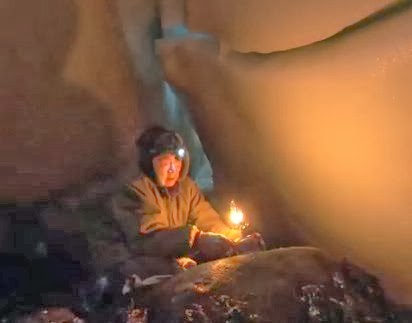 Image above: Awe-inspiring BBC video called 'Race against the tide."

Turning on to 2014 geography lessons

Welcome to the 2014 teaching year. One of our first tasks with a class is to turn them on to geography and all that it encompasses.  Here are just a few of the great video resources on-line that may have a place in your first few lessons of motivation and stimulation! As the Australian Curriculum: Geography states as its first aim is to ensure that students develop:

Hard not to develop that sense of wonder and curiosity after watching these videos. It is also worth having another look at the Spatialworlds blogpost from 2012 titled: The WOW factor of geography: WOW = World of Wonder!

So many, so different! 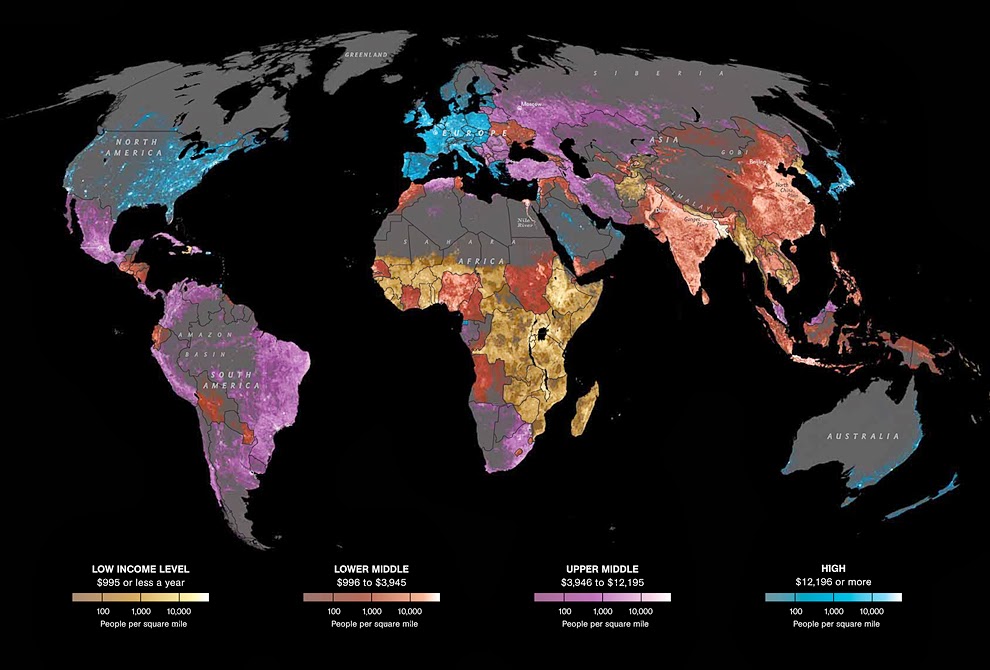 Image above: The National Geographic Interactive Map called 'Where and how we live'.


Interacting with population and diversity

Here are just a few interactive sites to support the teaching of population and diversity in the Australian Curriculum: Geography. In particular these sites would be excellent to use in Year 6 with a focus on the diversity of peoples and cultures around the world and The Year 10 'Geographies of human wellbeing' unit.

* Where and how we live interactive
The map shows population density; the brightest points are the highest densities. Each country is colored according to its average annual gross national income per capita, using categories established by the World Bank (see key below). Some nations— like economic powerhouses China and India—have an especially wide range of incomes. But as the two most populous countries, both are lower middle class when income is averaged per capita. The map also shows a wide range of demographic data associated with economic development

* The face of 7 Billion
In this graphic, the world's 7 billion population is depicted by 7000 human figures, each representing a million people.

* A National Geographic video on the world’s most typical person

Posted by Malcolm McInerney at 12:55 PM No comments: