Towards a National Geography Curriculum 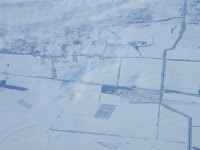 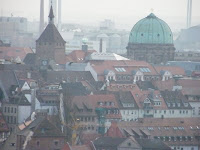 It seems that the drive to have National Curriculum in Australia has finally got some steam up. Everywhere you go in the educational scene people are talking about the national curriculum and its impact on present state curricula. We all know it has been done and/or attempted in countries such as the US and UK for example but Australia has been a hard one to crack for the educational federalists. Previous efforts in the 80's and 90's in Australia resulted in watered down and in many cases toothless tigers in terms of a meaningful and implemented national curriculum. This push seems a little different with many saying that the teeth in this 'putsch' for a national curriculum is the federal governments determination to link assessment and funding to implementation. Proof of this determination can be seen in the recently passed Australian Curriculum and Assessment Authority legislation which is being established in 2009.
So what!! What does this mean to geographical education and by association, spatial education. Pleasingly for Australian geographers, the Australian Government via the National Curriculum Board has identified geography as the discipline to be developed and implemented across Australia as part of the second phase of national curriculum implementation in 2011(history, science, math and english in the first phase). In the case of history the materials developed to date are strongly tied into pre-existing australian government documents such as the 'Civics and Citizenship Statements of Learning' and the 'Model for Australian History'. When geographers in Australia looked around for similar national geography curriculum documents as reference points for the National Curriculum Board to use when they commence their work on geography, it soon became apparent that no such documents existed. To remedy this situation and provide guidance to the national curriculum board in 2009, the Australian Geography Teachers' Association, the Institute of Australian Geographers and the Royal Geographical Society of Queensland have established in October 2008 an initiative called 'Towards a National Geography Curriculum'. In short, the aim of the project is to develop a document, after extensive consultation with geographers around Australia, which will provide guidance for the National Curriculum Board when it commences its work on geography in 2010. It is hoped that such consultation and synthesis within the geography community by the geography community will ensure that a truly representative and quality curriculum is developed by the National Curriculum Board. As is stated on the Towards a National Geography Curriculum website:
"We are preparing a paper titled Towards a National Geography Curriculum for Australia modelled on the National Curriculum Board’s proposed structures for the national curriculum for subjects in the first phase of its work. These will set out “the nature of knowledge involved, the ways in which knowledge is acquired and tested, a rationale for the choice of content …, and the broad scope and sequence of learning”."

This is an exciting time for geography in Australia and a once in a lifetime opportunity for the meaningful integration of technology into geographical education. If we are to develop a geography curriculum for students which reflects the needs of the 21st century, then it is imperative that we consider the amazing and enabling technologies which are available to geographers and the community worldwide on a daily basis. Such technologies should be our tools in schools to make sure that our subject has currency and is the social, economic and citzenship enabler it should be for young people. Keep posted on this one, hopefully it will provide a way forward for innovative and current geographical education in our schools. In the meantime put your views forward via the Towards a National Geography Curriculum on-line survey.
Posted by Malcolm McInerney at 5:56 AM No comments: