Visualisation of the spatial! 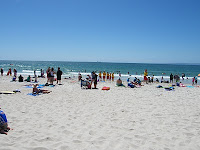 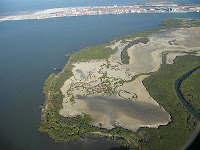 
Discerning the difference between visual and spatial literacy
The terms visual and spatial literacy are often intertwined in discussions. I have come across an attempt to discern the difference between the two by the The North East Regional Computing Program, Inc. (NERCOMP), New England Regional Computing Program, Inc.in Massachusetts Institute of Technology. NERCOMP defines itself as an association of information systems and technology users affiliated with colleges, universities and other educational and research institutions throughout New England. I have customised for this posting of what they say visual and spatial literacy is and what it adds to a student learning and capacity building as individuals.

Compared with spatial literacy where;
The spatially literate student can:
•Recognize and interpret patterns in graphs, diagrams, maps, and other spatial representations of data.
•Comprehend basic spatial concepts such as scale, resolution, spatial interaction, and neighborhoods/zones.
•Use location as a basis for organizing and discovering information.
•Overlay different types of information to make an argument or solve a problem.
•Evaluate data quality.
The spatially literate student has:
•An appreciation for geography as more than just a list of places on the earth’s surface.
•An understanding of spatial concepts and principles(scale, distance, location, distribution, spatial association, movement, spatial interaction, region and spatial change over time (GTAV interpretation of spatial literacy concepts)
•The ability to capture and communicate knowledge in the form of a map, graph, or diagram.
•Familiarity with GIS (Geographic Information Systems) and geospatial technology.

Food for thought and a discussion we need to have as geographers to clarify the difference between visual and spatial literacy. Is one a subset of the other or are they quite independent of each other?
Posted by Malcolm McInerney at 8:20 AM No comments: 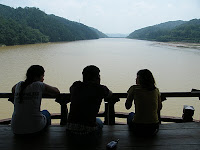 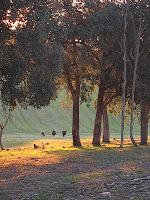 
Spatial resources: Getting it out of the bottle!

Last Friday I attended a ‘think-tank’ at the Education Services Australia (ESA) office in Melbourne on the development of a Spatial Genie for schools to use when developing spatial thinking for their students. Primarily the focus is on the use of web based activities and a spatial tool for geography. However, over time the Spatial Genie will also be applicable and very useable for learning areas such as history, science and mathematics. The discussion was led by Mark Sanders and Olivia Clarke from ESA. As a precursor to the Spatial Genie, ESA has already posted as “Data Genie’ site. The Data Genie uses tourism Australia data to visualise data in a variety of ways. As a pilot site the data Genie is a fantastic start in developing exciting visualisations of data for geography classes.
As for the Spatial Genie the idea is to develop a resource from K-10, incorporating a GIS capacity tool. The old Learning Federation has already developed some spatial thinking tools on Scootle which will be incorporated into the Spatial Genie.

Mark Sanders also compiled a list of sites which provide a really useful library of spatial thinking resources. As Mark says, these links “may be helpful in gaining and understanding of the context for the spatial tools project.”

The following links are to interesting content that has influenced current thinking on spatial thinking:
Haiti aid map
Example of open source technologies including Open Street Map being used in disaster relief efforts.

Learning to Think Spatially: GIS as a Support System in the K-12 Curriculum is a report that can be read here and is the most significant influence on and encapsulation of our thinking so far. It is very compressive to the point of being exhaustive so you may prefer to listen to the following link which is about ten minutes long and gives a great overview of the thinking behind the report.

Spatial thinking podcast
This links to a ten minute mp3 which is a great summary of the thinking behind the report linked to above.

Dataset visulaisation
This report deals with Interactive collaboration with a dataset. View the video to get a good overview of the system.

Teaching spatial
teachspatial.org is a collaborative web site devoted to promoting applications of spatial concepts and spatial tools in teaching and learning.


My World GIS is a Geographic Information System (GIS) designed specifically for use in educational settings. My World allows learners to explore and analyze geographic data about our world.


This work of ESA by Mark and Olivia is incredibly exciting and important for the development and resourcing of a technologically and spatially literate Australian Curriculum for geography.
Posted by Malcolm McInerney at 4:44 PM 1 comment:

Neogeography: Time to try to clarify and build on the term 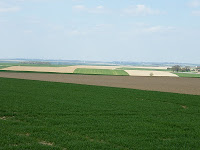 Neogeography??
In his abstract for the 2011 AGTA Conference Dr Peter Hill, ACARA CEO, says; "...geography as a discipline has undergone profound changes which in turn have impacted on the teaching of geography as a school subject. With the renewed focus on geography as a discrete subject within the Australian curriculum, there is an unprecedented opportunity to ensure that geography in schools reflects amazing developments in ‘neogeography’.”

In this blog posting I will attempt to define the contemporary version of neogeography and explore what the term means for geography in our schools and in turn the Australian Curriculum for geography.

The term neogeography has been used since at least 1922 (originally used in reference to ancient geology – palaeogeography!). However the meaning of the term has changed significantly over the decades. In the early 1950s in the U.S. it was a term used in the sociology of production & work. In 2010 the term has changed again to mean “new geography” and consists of a set of techniques and tools that fall outside the realm of traditional GIS (Geographic Information Systems).
Where historically a professional cartographer might use ArcGIS, a neogeographer uses a mapping applications like Google Maps, talks about GPX versus KML, and geotags their photos to make a map of their summer vacation. Increasingly there are spatial tools, frameworks, and resources available that make it easy to create maps and share the locations of an individual’s interests and history. Neogeography is about people using and creating their own maps using the “geospatial web” on their own terms and by combining elements of an existing toolset. Essentially, the advent of “do-it-yourself” mapping applications such as Google Maps has brought some of the capabilities of GIS into the hands of the laity. This trend was accelerated by the release in 2006 of Google Maps, Google Earth, and also with the decreased cost of geolocated mobile devices such as GPS units. The concept of Web 2.0 has also resulted in an increased public appeal of mapping and geospatial technologies. However neogeography is not limited to a specific technology and is not strictly web-based, so is not synonymous with web mapping though it is commonly conceived as such.
The contemporary use of the term, and the field in general, owes much of its inspiration to the locative media movement that sought to expand the use of location-based technologies to encompass personal expression and society. Neogeography combines the complex techniques of cartography and GIS and places them within reach of users and developers. The term is sufficiently abstract to serve as a broad category of un/non-professional geographic practices (walking mapping, tagging, etc.). Neogeography covers a broad field of activity, which includes urban exploration, site specific sculpture, land/earth art, geo-tagging, guided walks, ephemeral cities, imaginary urbanism, altered maps/radical cartography, travel writing, psychogeography, place based photo blogging, etc.
A number of geographers and geoinformatics scientists (such as Mike Goodchild) have expressed strong reservations about the term "neogeography". They say that geography is an established scientific discipline; uses such as mashups and tags in Google Earth are not scientific works, but are better described as Volunteered Geographic Information. Despite these reservations by geographers and GIS specialists, many say that the art of mapping using computers (electronic cartography) has democratized mapmaking and “spatial play”, making everyone an active geographer.

The following quote from Andrew Turner is a good summary of the origin and impact of neogreography:
“NeoGeography is the empowerment of the non-geographers, noncoders and folks who don't have access to "real" GIS. Many say that GIS has reached its saturation level (not in all regions of the world) and derivatives of this technology have been developed. The term "Neogeography" is one such derivative of GIS. Similar So, GIS and neogeography, both are here to stay as geography has survived along with GIS and other sciences. Neogeography has helped the GIS and mapping professionals being recognized by the masses (largely thanks to Google and their API) and new tools and application being developed which can be used by all and sundry and is not restricted to a closed and specialized.”

Most importantly, if neogeography as a phenomena is here to stay and is all-pervasive in our society, surely it should be an integral component of geography in schools. The neogeography literate are already incorporating the tools and applications of neogeography extremely effectively in their classroom. An example of this is the work of Rebecaa Nicholas in Melbourne who is doing amazing things with neogeography. Just check out Bec’s and her students blogs to see the impact of neogeography in her classroom.
Considering Peter Hill has highlighted the importance of neogeography, it is beholden upon geographers in Australia to ensure neogeography is well and truly integrated into the Australian Curriculum for geography.
Posted by Malcolm McInerney at 9:13 AM No comments: