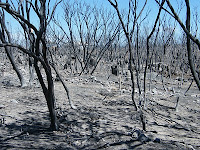 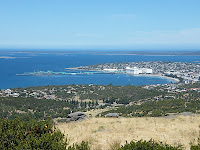 
To be contestable or not contestable?
Many in the community consider that the study of geography is a nice ‘safe’ and established body of knowledge to learn and know. For those teaching geography nothing could be further from the truth! Geography is a dynamic and more often than not contestable study. Such contestability of geography is at the core of what the discipline of geography has become for many practitioners. Before going further let’s clarify what we mean by contestability. Any topic or study is considered to be contestable when there are clearly a range of views and/or interpretations. Such views and/or interpretations can create a degree of dispute and tension requiring discussion and maybe resolution. Inevitability this contest can involve values and beliefs and end in some form of political stance by those discussing or attempting to resolve. In modern geography there is rarely a topic to be studied that does not involve some degree of contestability. In fact to enliven and make relevant any geographical study, teachers have the opportunity to draw out the contestable nature of the topic. Such contestability can be drawn out by the posing of questions and/or developing some form of problem solving within the inquiry methodology often used by teachers. Whether talking about climate change, inselberg development, population limits, urban design, energy options for the future or industrial location, the student of geography is presented with options and viewpoints to deconstruct and analyse.
As Robert Butler says in his article, ‘Geography is the new history’; “….it is getting harder and harder in conversation to raise one or other of the most basic subjects in geography – agriculture, glaciation, rivers and population – without a flicker of panic crossing the other person’s face. You are no longer talking about a neutral subject.”

The degree of contestability in geographical matters was particularly highlighted to me this week when in Port Lincoln. By chance we arrived on the day of some devastating bushfires on the outskirts of Port Lincoln which saw 13 houses and much property lost and damaged. The reporting was initially on the extent, ferocity and cause of the fires but then moved onto contentious and contestable issues such as:
* The disaster response planning was inadequate.
* People had not responded to requests for clearing prior to the fire.
* The greenies are at fault with their vegetation conservation measures.
* The government has pandered to the greenies by not allowing clearing under vegetation clearance laws.
* People should not be allowed to build in bushfire prone areas.
* People did not evacuate when requested.
* Bushfires in eucalypt bush are desirous and property damage is just one of the consequences for those foolhardy enough to build in the bush.
During the week the reporting and discussion focused on these very geographical issues and resulted in a very lively and at times enlightened debate (other times not quite so enlightened in terms of an understanding of native vegetation, vegetation clearance laws, town planning and disaster response). All interesting fodder for a class study of the Port Lincoln bushfires beyond the happening itself.

In his article, Butler also made the observation that geography is becoming increasingly topical and relevant to the general community by the fact that it is often the source of the lead items on the news (heatwaves, bushfires, natural disasters, cyclones, earth summits) rather than just the footnote as part of the weather forecast at the end of the news. Butler predicts that the study of geography in the future will be the core news item since the geography of the environment will determine the future of humanity rather than the day to day political happenings in society.
To create an informed citizenry it is imperative that the subject of geography does more than just impart knowledge of the world and associated processes. The study of geography needs to be presented within a framework of contestability. The skills of discussion, problem solving and policy development are as relevant to the classroom as to society in general. The young citizens we teach have a wonderful opportunity through the study of geography to synthesise and analyse the issues and questions facing society and societies in the future.
Geography is not, and nor should it be a ‘safe’ subject for ‘polite’ discussion. The study of geographical topics/phenomena needs to be framed and presented to students as contestable, based on sound geographical knowledge, understanding and skills. The teaching of geography is a subject in the school curriculum capable and beholden to go that extra distance with students. The contestable nature of geography makes it one of the most dynamic, creative, relevant and engaging of all subjects (but I am biased!).
Posted by Malcolm McInerney at 10:30 PM No comments: