From whence they come 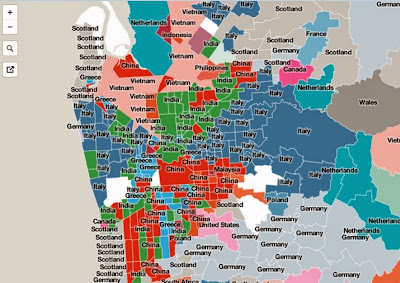 Image above: Where Adelaide's immigrants were born (excluding England and NZ)

From whence they come: the origin of Australia's migrants, from area to area

This fascinating interactive map interface reveals the top three birthplaces for immigrants in suburbs and towns across Australia. An excellent resource for the Year 8 Changing nations unit and senior school geography topics exploring migration and change. 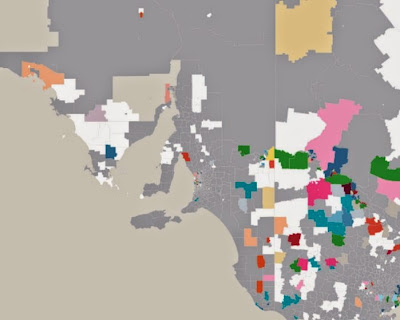 
All you need to do is rollover suburbs with your mouse for detailed info. Zoom and drag for a view of other cities and the nation as a whole, or click on the following links: 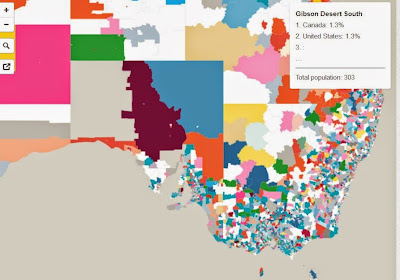 Posted by Malcolm McInerney at 8:00 PM No comments: 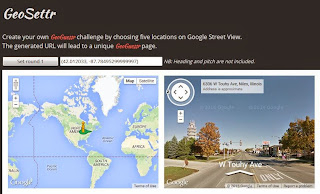 This posting showcases a collection of online activities to use in the geography classroom. 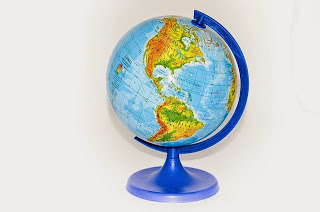 Spacehopper is a game based on Google Maps Street View imagery. Spacehopper shows a Street View image and you have to guess where in the world the image was captured. You can click the clue button to have the country identified before making a guess. After three incorrect guesses the correct answer will be revealed to you. You can play Spacehopper on a global level or you can specify that you only want to see images from a particular continent.

Where is...?  In this game the name of a city is presented to the players and they have to click the map to guess where the city is located. Players are given immediate feedback on their accuracy in the form of a measurement, in kilometers, of the distance between their guesses and the correct answers.

Capital Toss is a free geography game from ABCya. The game has a state capitals mode and a country capitals mode. The name of a state or country appears at the bottom of the screen and three rows of capital names scroll across the top. When the correct capital name appears players virtually toss a ball at it. After ten correct answers players can choose a new ball. Three consecutive incorrect answers ends the game.

Math Trail provides an opportunity to ink geography with mathematics. Math Trail is a series of map based math trivia challenges. Each game follows a trail of locations that students have to find by using the clues provided. If they get stumped they can click "show location" but they lose the point value for the question. When they arrive at the correction location students have to answer the multiple choice math question presented to them before moving on to the next question in the trail.

Astronaut Scott Kelly has started a geography game, asking Twitter users to identify locations on Earth based on photos from space.

Create your own games.
GeoSettr enables you to create your own GeoGuessr games. When you visit GeoSettr you'll see two screens. A map with a Pegman on your left and the Street View imagery for the Pegman's current location on your right. Move the Pegman around, zoom-in if you like, until you find the location that you want people to guess. When you've found the right location click "set round" to save the location. When you've set five rounds (locations) your game is assigned a URL that you can distribute.

Mission Map Quest, is a map-based tool for creating virtual treasure hunts. You create a series of clues that your students need to follow to identify places around the world. You can add as few or as many clues to your Map Quest as you like. When you're ready to have students try your Quest just give them the web address of the challenge or have them scan the QR code assigned to your Quest.
Posted by Malcolm McInerney at 1:42 PM 1 comment:

The significance of place 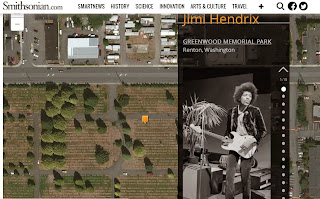 Mapping everyone and everything

Increasingly sites are appearing on the Internet that show that there is an unquenchable appetite to create a map of almost anything in any place. Here are just a few interesting sites that log-into the significance of place  -  as the resting place of the famous and the literacy nature of a place. 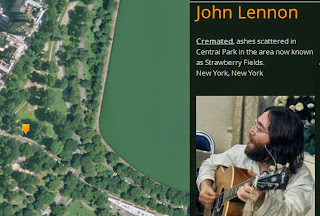 This site was launched during the last Haloween period and was sold as:

"Commune with the dead this Halloween, and check out the final resting places for more than 50 of history's most iconic figures. This eerie atlas lets you explore the lives and deaths of actors, authors and outlaws via maps of famous graves, from Bob Marley's mausoleum in Jamaica to Mary Shelley's tomb in Dorset."

This site gets one thinking about what it means for a story to not just be from a place, but also of it, and why it is that some places have an abundance of literary riches, while others don’t. There are plenty of maps pairing books with states in the United States, but those maps tend to signify the fame level of the books rather than their literary merit; they also tend to be dominated by white men, most of them dead. The best book for every state map comes up with a list which is more than just a general reflection of a place.

No one book, after all, can completely capture the spirit of something so unwieldy as a state. Few—if any—books can even completely capture the spirit of an individual. And yet there are those stories that so beautifully evoke a time and a place and a way of life that it becomes close to impossible to separate the literary perception of a place from its reality—one winds up informing the other. 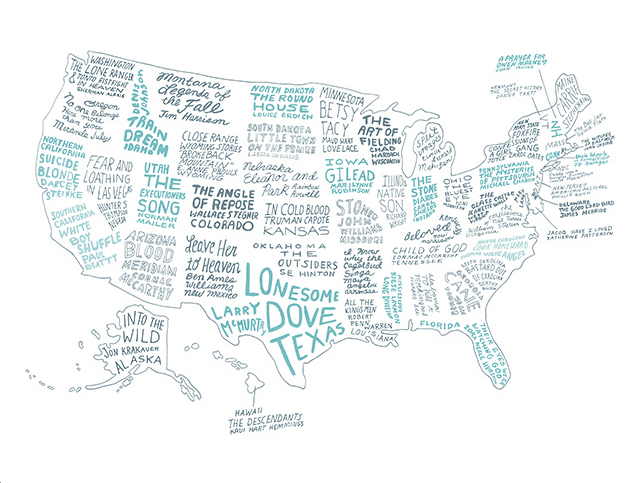 Another more localised literary map is the literary map of Brooklyn, highlighting the books that are considered as best representing the neighborhoods in which they were set. 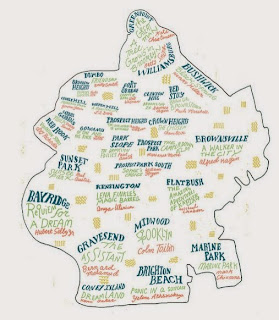 An interesting link between English and geography that should be explored!

Whilst on about a city, the following interactive map of megacities is worth a look.

By 2025, the developing world will be home to 29 megacities. The interactive map explores the latest UN estimates and forecasts on the growth of these 'cities on steroids', and takes a look at the challenges and opportunities megacities present for the tens of millions living in Lagos, Mexico City and Dhaka." 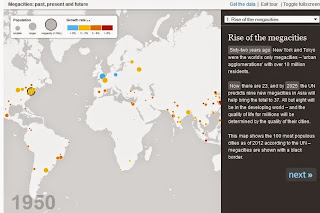 Posted by Malcolm McInerney at 8:17 PM No comments: