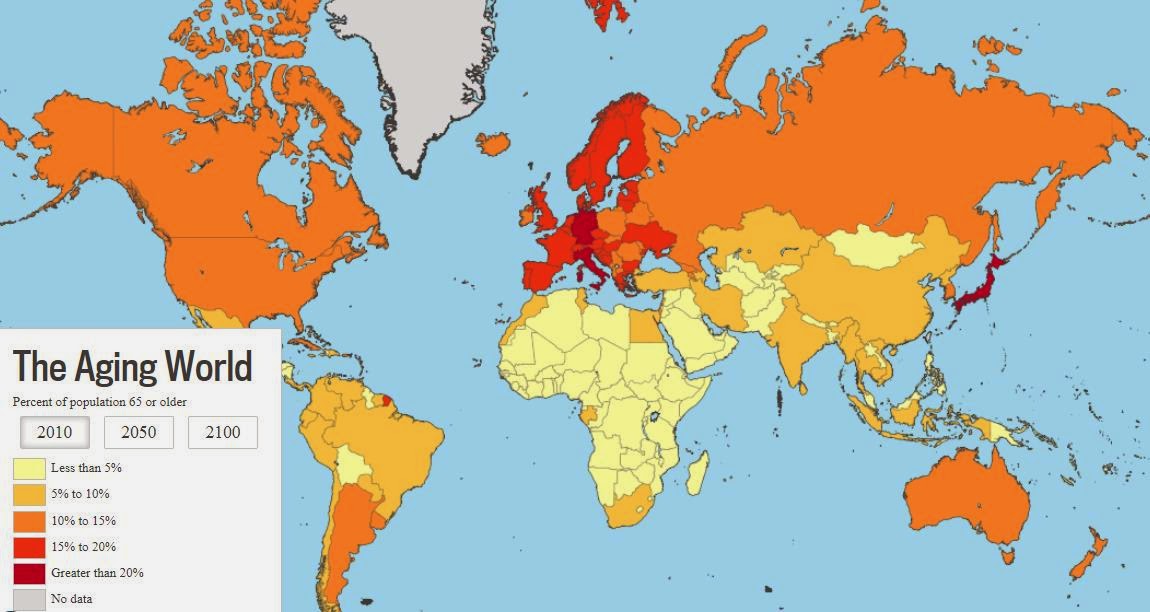 Image above: The Aging World - oldies taking over in parts of the world!


An assortment to discuss and stimulate

The following sites are an interesting assortment of commentary, information and maps to explore issues as diverse as resource use, population, globalisation, inequality and climate change ... plus some which are just interesting for the geographer.

* Maps to explain the world

* The waters of the Nile

* Future of water in Australia

* Cutting down in Brazil

* People living on a dollar a day

* Distribution of renewables in the US

* A map of our aging world

Posted by Malcolm McInerney at 2:11 PM No comments:

The many and varied purposes of maps 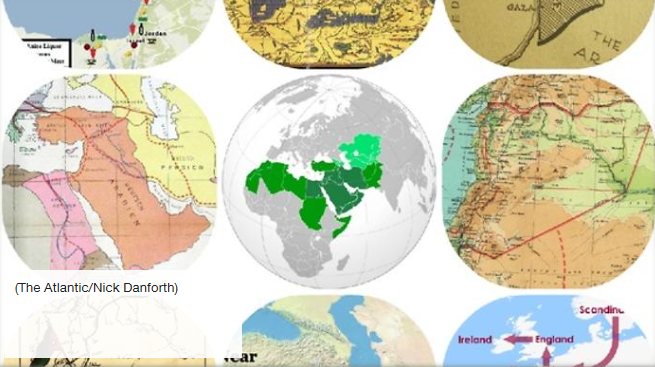 Image: Maps used to explain or not explain the Middle East.


The purpose of maps

This posting on maps of the Middle East and religion around the world and in the United States (US). They contain some interesting facts/information about the Middle East, global religious tolerance and the religious affiliations in the US to explain why they are the way they are. The posting also showcases some maps of the Middle East which simply provide facts/information about the region just out of interest without any higher purpose of providing explanations. Maps can be used for many and varied things, not just for analyse and solutions.  What is important is that we are using maps and spatial literacy as such to engage students in thinking about regions of the world, in a variety of ways - in an effort to uncover the complexity and uniqueness of the spaces and places of the world.


Maps that explain the Middle East 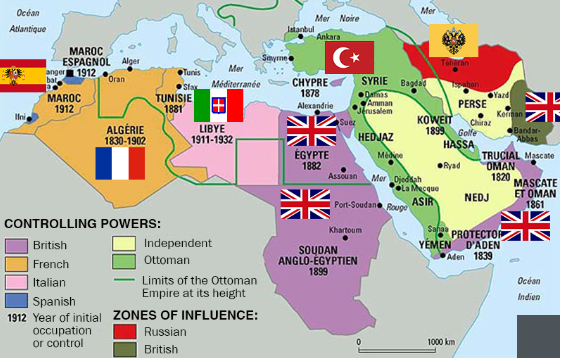 Violent upheaval in the Middle East has recently spawned all manner of maps purporting to explain how the region got this way. Here, instead, are 15 maps that don’t claim as much. Or rather, they do not seek, like many other maps, to capture some fixed set of core facts about the region. Instead, these maps provide a more fluid perspective on the Middle East, often by showing what didn’t happen as opposed to what did. But for all these maps don’t show, they do illustrate one thing: the sobering fact that no one map—or even set of maps—can ever explain the region’s complex history and politics. 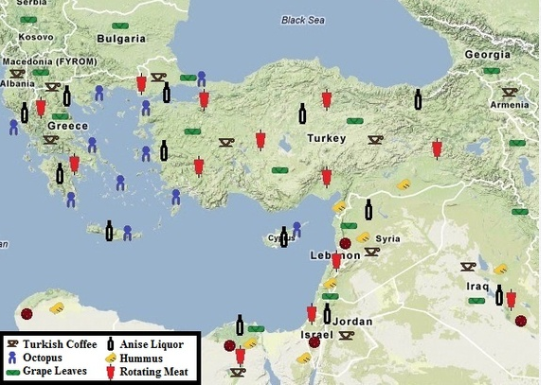 Another example of the power of maps to explain, this time religious diversity

A pattern of religious diversity and maybe religious tolerance around the world, but not as expected.

The world's most and least religiously diverse countries may not be quite what we would think. The source of the data for this maps is from an extensive report by Pew that scored and ranked countries on religious diversity by indexing survey data with a mathematical model.

Here is another way of showing the diversity between a few countries, this time using graphs.

A very useful map to get a picture of religious affiliations across the US. We see amazing differences from place to place. Why do these differences occur in their extremes and what impact does it have on the politics of the US? Here are a few more questions such a map stimulates:
* What patterns do you notice?
* Are there religious regions that could be drawn based on this data?
* What geographic factors have created the differences in the religious geographies of the United States?
* How do such difference impact on the nature of the places across the US.

Posted by Malcolm McInerney at 2:25 PM No comments: 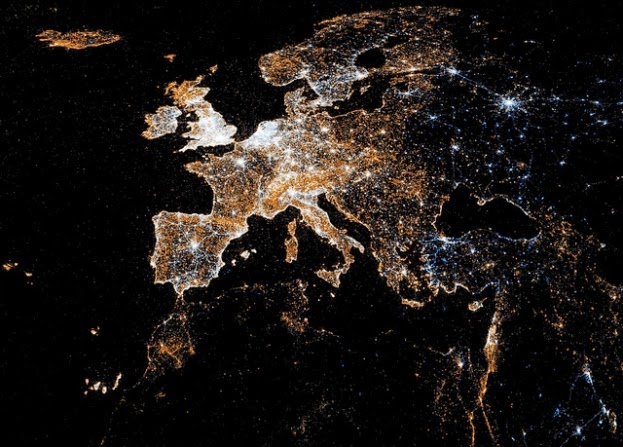 Image above: Using geotags to map various cities In Europe

The world from above

One of the incredible changes resulting from the georevolution is that the community is now seeing the world from above through all-pervasive satellite imagery, aerial photography and website based GIS platforms. Here are just some amazing sites that enable us to see the world from above vertically and obliquely.

* Time's 'Earth from above' photoessay
A selection of photos from the world's premier aerial photographer Yann Arthus-Bertrand. 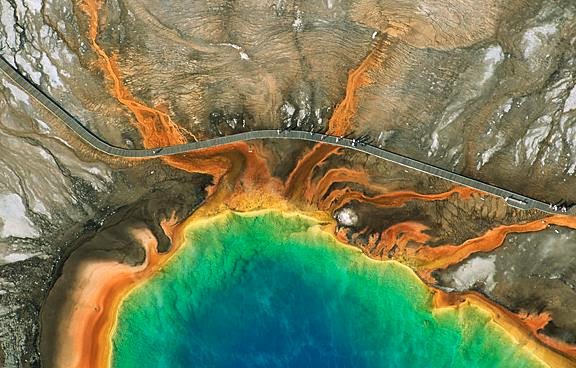 Grand Prismatic Spring, Yellowstone National Park
* Earth from above exhibition
In 2000, Yann Arthus-Bertrand's "Earth from Above" free exhibition was set up on numerous big posters on the gates of Jardins du Luxembourg in Paris. It then travelled worldwide from Lyon to Montreal, to 150 cities and was visited by 120 million people. "Earth From Above" is the result of the aerial photographer Yann Arthus-Bertrand's five-year airborne odyssey across six continents. It's a spectacular presentation of large scale photographs of astonishing natural landscapes. Every stunning aerial photograph tells a story about our changing planet. Here is a collection of Yann Arthus-Bertrand amazing images. 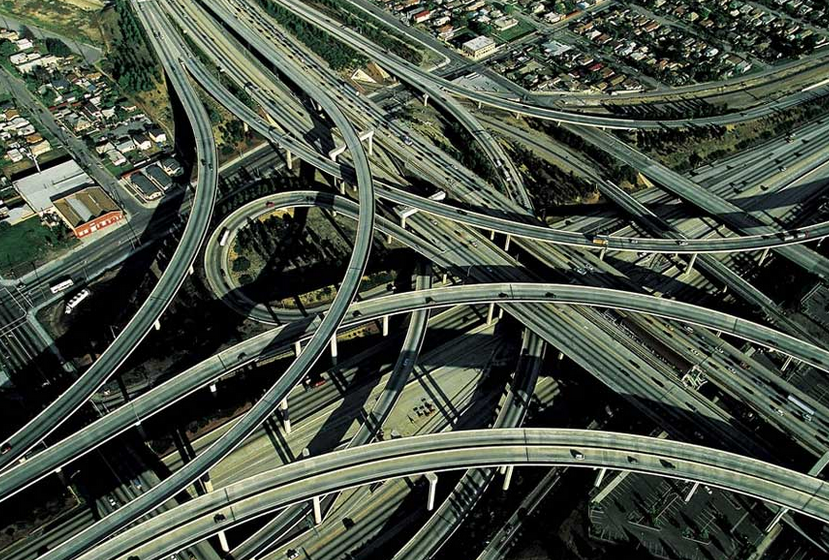 Freeways in Los Angeles, USA
* 'From above' with Twitter tags
Photographer Eric Fischer turned a lot of heads last year with his Flickr set that used the site's geotags to map various cities. Recenlty he posted a new set on his Flickr stream, illustrating where in the United States, Europe, and the world people tend to use Twitter, and where they tend to use Flickr.

A TED Talk fro Ed Asner, describing how spatial technology is used to study the ecology and geography of an area. Asner uses a spectrometer and high-powered lasers to map nature in meticulous kaleidoscopic 3D detail — what he calls “a very high-tech accounting system” of carbon. In this fascinating talk, Asner gives a clear message: "To save our ecosystems, we need more data, gathered in new ways".

* The Earth from above with Google
Google through their Google Earth platform believe that technology can help people across the world realise the impact of their actions towards the environment and contribute to making the world a better place.

* Earth Day images
In honor of Earth Day, The Atlantic magazine website gathered a collection of scenes of the Earth from above, from vantage points we don't see in everyday life. These scenes help show the Earth as a larger system and demonstrates the extent to which human activity has affected it. 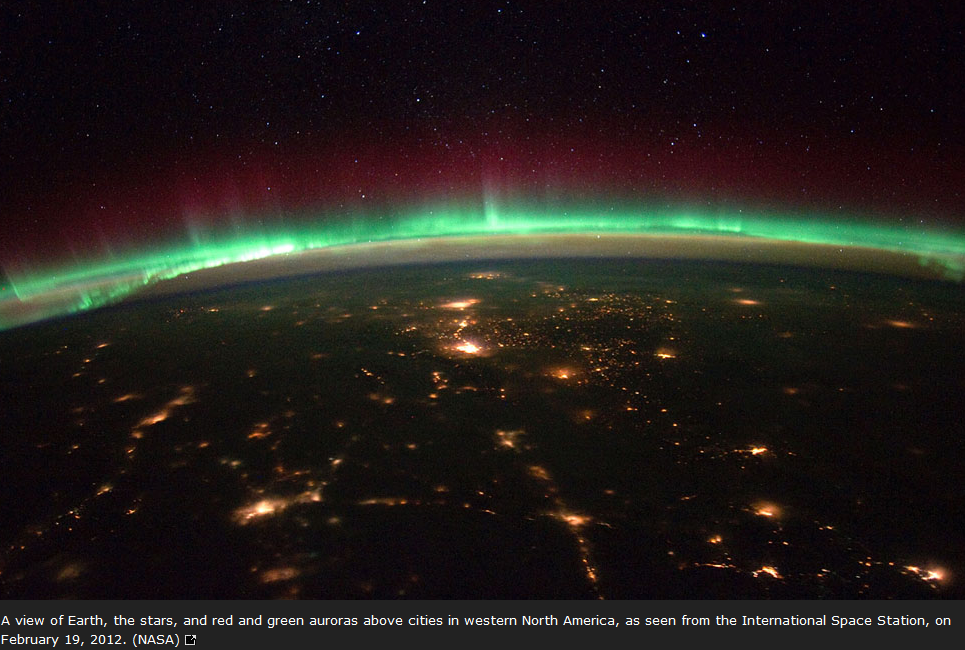 * The Alps from above

* Dubai from the air

* Human impact on the land from above

Posted by Malcolm McInerney at 1:46 PM No comments: