We take for granted: it is a geospatial revolution!! 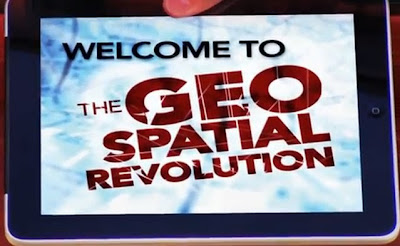 The technology we take for granted: it is a geospatial-revolution!!

It is amazing how quickly we absorb technology. Technology which only a few years ago was met with ‘wow’ is just taken as ‘of course you can!’ Can you imagine walking into a meeting only 20 years ago and launching Google Earth (let alone the 3D capacity (Google Earth) on your computer and then showing people their house using the Streetview function of Google Maps? People would be incredulous and truly amazed by the technology. Today, everyone uses the technology and consider it as a norm and expectation. What has happened during this osmotic absorption of spatial technology is indeed a geospatial evolution.

“Ask someone about ‘geography’ and their response would probably be that it is an academic subject dealing with countries of the world and their political and physical characteristics. However, over the past 15 to 20 years there has been a massive revolution happening in both the private and public sector, as geography has proved to be a fundamental part of the processes on which these commercial and non-commercial organisations rely.”       Roy Laming ESRI (UK) CEO

Over the past 10-15 years the capacity of spatial systems has resulted in more than 80% of all data being attached to place (coordinates to enable a geo-referenced location for the data).  People expect to see a map, not just view data!  As a result it can be argued that as a  citizens capacity people should be able to read, interpret and analysis maps. This skill has become even more important than making a map – the technology can make the map! While this revolution has been going on, geography has been declining in our schools!  Why?  This is a question the spatial industry and geographers keep asking. In essence we have a shortage in ‘spatially enabled people’ as functional citizens and workers. We need more Spatialogists!
The so called geospatial revolution has implications for the development of the spatial literacy of the students in our schools. Some commentators refer to spatial literacy (or spatial thinking as described in the US) as the 4th R. The following YouTube videos from Pennsylvania University in the US are a great introduction to the nature and implications of the geospatial revolution for our society and in turn our curriculum and schools.

Maps and the geospatial revolution

GIS and mapping our world

Posted by Malcolm McInerney at 5:26 PM No comments: 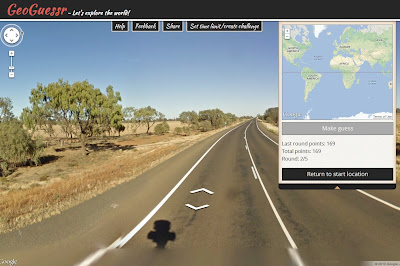 Image above: GeoGuessr website - a look at the characteristics of the environment and quessing location. The marvel of Google Streetview! Not the shadow of the Google camera.


GeoGuessr: an interesting approach to the skill of observation and identifying place.

The excellent GeoGuessr site is a way to engage students with identifying the characteristics of the environment and in many cases logging into the nature of a place.


GeoGuessr is a web-based geographic discovery game which utilizes random Google Street View locations and requires players to guess their location in the world using only the clues visible in Street View. GeoGuessr quickly became popular after it was released on 9 May 2013.


The Street View window of GeoGuessr does not provide any information beyond the street view itself. Things such as road signs, vegetation, businesses, climate, and landmarks have been suggested as some clues which may help the player determine his or her location. The player may also move about along the roads through the normal directional controls provided by Street View. Once the player is ready to guess the location, a location marker is placed on a zoom-able Google Map. After the marker is placed, GeoGuessr reveals the true geographic location and assigns the player between 0 and 6500 points, depending on how far away the player's guess was. A new location is then provided to the player, and this process repeats until the player has guessed five locations 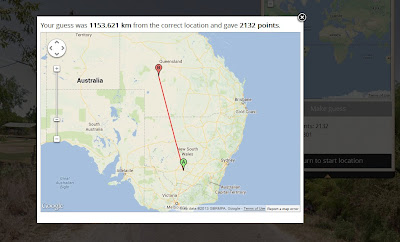 Of particular interest to the geography classroom is the capacity of the site to really develop the geographical observation skills of students. These observation skills are fundamental to the inquisitive nature of geography and require students to identify the visual cues found in the Streetview image - both of the physical and human environment. Students need to look at every aspect of the image and ask a huge number of questions in an attempt to locate the image in space on the World map.
As well as being fun, engaging and challenging, this site can also help students to identify the physical and human characteristics of a place, not to mention the aspects of space seen in the image.

Here is a recent blog on how to use GeoGuessr in the classroom.
Posted by Malcolm McInerney at 8:48 PM No comments: 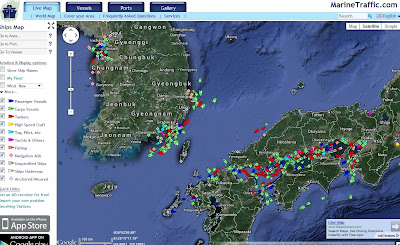 Image above: The Satellite view of the ships shown on the Marine Traffic site.


They still can take ones breath away: the wonder of spatial technology!

I continue to be amazed by the capacity of spatial technologies to be used for tracking objects on a range of scales in real time. They still have the ability to take the breath away of those uninitiated in the world of spatial technology (now the wonder of Google Earth is just met with familiarity and little awe). I still hear "wow" from workshop participants when the latest tracking sites are demonstrated. These sites are just the tip of the iceberg when one considers the power of spatial technology to log into the GPS capabilities of planes, trains, cars/trucks and ships. These sites are fantastic as a resource to elucidate the concepts of interconnection and space in the Australian Curriculum: Geography. I thought in this posting I would just list several of these fantastic sites and leave it to you to play and become familiar with them and consider their capacity in the classroom to be used as a resource. Increasingly these types of sites are becoming part of the mobile technologies associated with the apps available for use on Ipads and Iphone. However, for the classroom with only access to computer stations, these sites are still great options. If your students have got Ipads and Iphones, the growth in this area of mobile apps is staggering and will play a huge role in the teaching of geography in the classroom in the future. If you know of other sites tracking (tracking whatever, somewhere) don't hesitate to add a comment to this posting. Some sites I do discover while trawling the Internet but most  sites I showcase on Spatialworlds have been handed on to me from colleagues or through on-line forums.

All of the sites below show how real-time interactive maps (amost real-time anyway) shows how mapping and spatial thinking can promote and lead towards better logistics and improved transportation on the international and intra-national scales.   The real-time updates and schedules shows that social media and mobile devices are promoting greater innovation in this rapidly expanding area of technology. 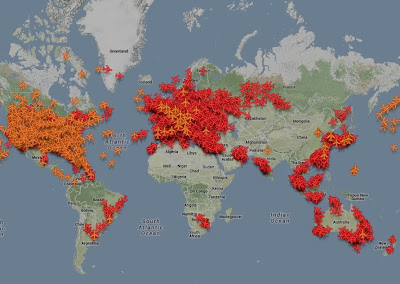 This site also tracks ships by clicking on the Ships tab. 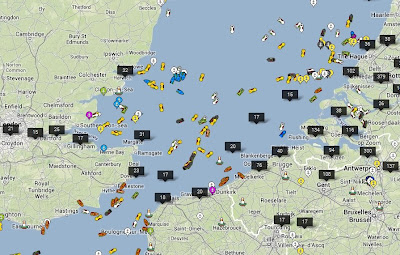 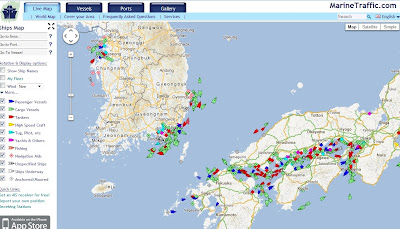 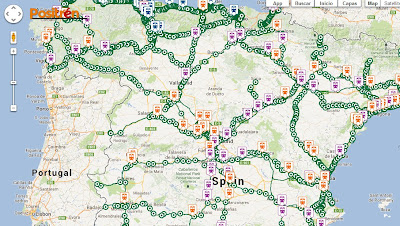 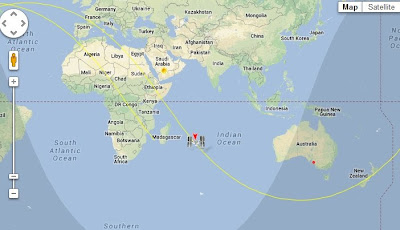 For an overview of many of these sites go to the Pinkfroot site.

Posted by Malcolm McInerney at 6:41 PM No comments: 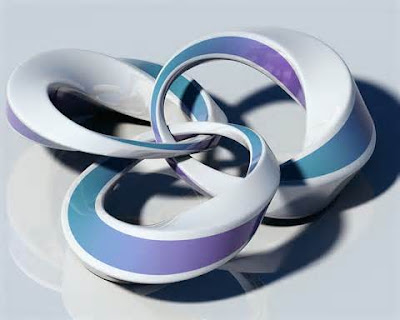 Image above: Exploring opportunities to connect geography with other curriculum areas.

If you have not already done so, go to the ACARA Curriculum Portal to view the English, Geography, History, Science and Mathematics curricula. 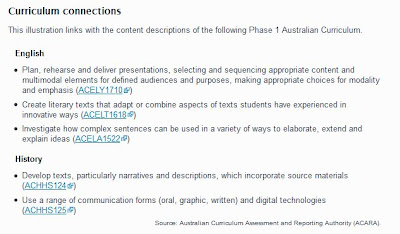 A recent workshop on the connections between geography and history may also be of interest for those exploring the opportuntiy to create a connected curriculum. 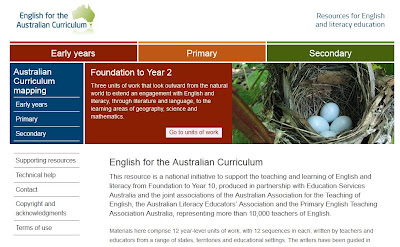 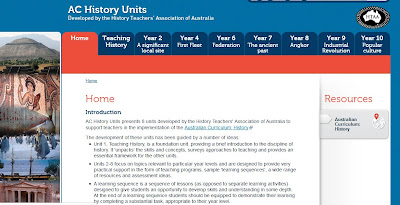 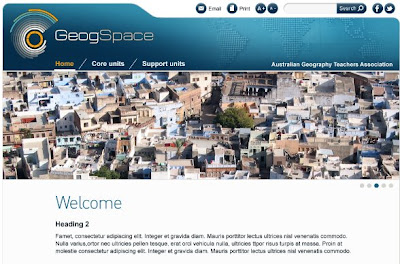 
As for the business and economics and civics and citizenship sites, no decisions have been made as yet (waiting for the money from the Federal Government). Hopefully these learning areas will have the chance to develop resources to support the Australian Curriculum in those subjects when they are published by ACARA. They may provide further opportunities for connecting the geography curriculum in particular.

Posted by Malcolm McInerney at 8:47 PM No comments: 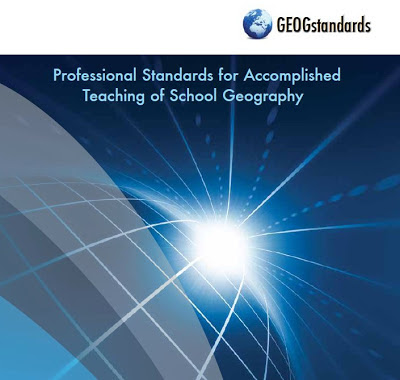 Image above: The GEOGstandards resource

Worth checking out in light of modelling good geography teaching

Although not a new resource, it is opportune to direct attention to the GEOGstandards resource which went live in 2009. With the focus now on the implementation of the new Australian Curriculum: Geography and the desire to promote the teaching of quality geography, this resource provides valuable ideas, exemplars of practice and direction in relation to geography pedagogy. The initiative conducted by Melbourne University on behalf of the Australian Research Council (ARC), with the the support of the Australian Geography Teachers Association (AGTA), the  Geography Teachers Association of Victoria (GTAV) and the Victorian Institute of Teaching came out of a desire to document 'good geography teaching' in a professional and 'user-friendly' way. As well as providing excellent interviews and videos of teachers and students involved in the lessons, the GEOGstandards resource also involved the development of the very useful 'Professional Standards for accomplished teaching of school geography'.  Although the resource does not directly link to the Australian Curriculum: Geography (the project was completed during the early stages of developing the ACARA geography curriculum), it does provide extremely valid guidance on the content pedagogical knowledge at the core of the teaching of quality geography

To take advantage of all that the site offers it is best to work your way through the samples as listed below. There really is a lot of great material to model good geography teaching on this site. 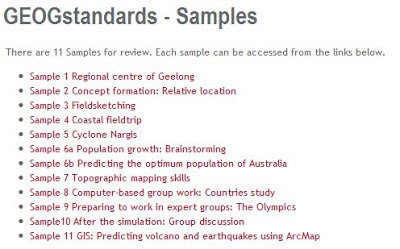 Posted by Malcolm McInerney at 10:08 PM No comments: 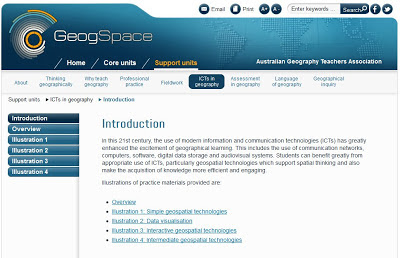 Image above: The ICT in Geography page on GeogSpace.

In a previous Spatialworlds blog post I commented on the outstanding work of Mick Law from the GTAQ and Contour Education in the area of spatial technology professional learning and resource development. Naturally when GeogSpace was being established, Mick Law was the first we thought of to put together the ICT in geography support units of the resource. Now that GeogSpace is up there for all to see, I recommend those interested in spatial technology in schools to spend some time to look at Mick's handiwork - his illustrations of practice, with their interactive videos and clear explanations of spatial technology in the geography classroom are excellent.

As Mick writes in the Introduction to the ICT in Geography support unit of GeogSpace:

"In this 21st century, the use of modern information and communication technologies (ICTs) has greatly enhanced the excitement of geographical learning. This includes the use of communication networks, computers, software, digital data storage and audiovisual systems. Students can benefit greatly from appropriate use of ICTs, particularly geospatial technologies which support spatial thinking and also make the acquisition of knowledge more efficient and engaging."

Illustrations of practice materials provided are: 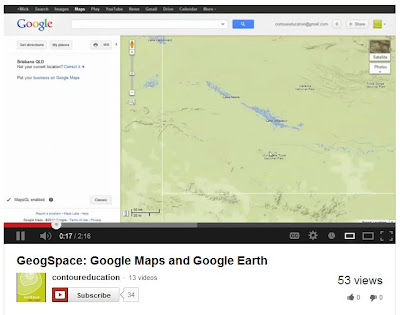 Image above: Mick's interactive videos linked from GeogSpace to Youtube.
Posted by Malcolm McInerney at 12:35 PM No comments: