A geography hero of the highest order 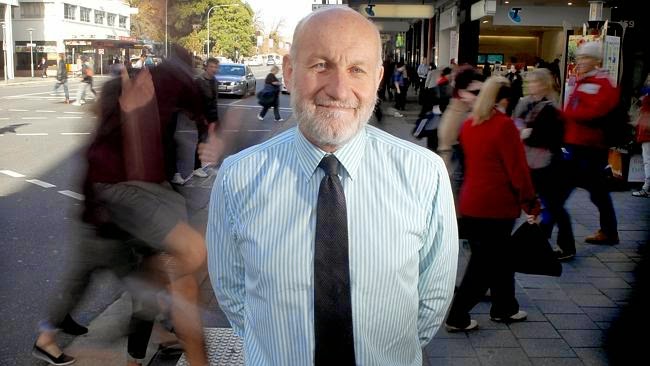 A true Geography hero - "He is a serious loss to Australia."

One of the questions I ask in my workshops is to name a famous geographer. Not surprisingly I usually get blank stares, or at the best names such as Captain Cook, Douglas Mawson and even Christopher Columbus. Certainly such explorers did geographical things and used geographical skills but are they geographers? In a previous Spatialworlds posting I explored the idea of what makes a famous geographer and listed many famous world geographers. In this posting I would like to focus on one Australian geographer I think should be famous. Sadly this geographical hero passed away last month and not one of 200 students I lectured to yesterday at Flinders University had heard of him - even though the university was the one he spent many years researching and teaching.

"A man of enormous intellect and vision, Professor Hugo shared his knowledge so generously — his unique contribution to the way we understand our society, in Australia and internationally, is a remarkable and enduring legacy.” The Australian  20 February 2015

The geography community around Australia and across the world was terribly saddened on 17 January this year when they heard that Professor Graeme Hugo had passed away. Recognised as a world leader in the geographical field of demography, the loss of this colossus of the geography scene is a great loss and his work and quality as a man and geographer should be recognised by the South Australian community - maybe students in schools should see that heroes can be more than actors and sports people! To give an indication of his recognition in South Australia and and how Graeme democratised geography in the State, on the day of his death his passing was one of the lead items on the hourly news broadcasts on radio. I certainly can't remember any other academics death being reported in such a way.

Graeme was an inspiration to geography teachers in South Australia and regardless of the amazing demands on him from around the world to talk he found time over the past 12 years to deliver every year an hour lecture to Year 12 Geography students at the Adelaide University - always fascinating and well received by the students (the lectures are on the GTASA website to view).


“A man of enormous intellect and vision, Professor Hugo shared his knowledge so generously — his unique contribution to the way we understand our society, in Australia and internationally, is a remarkable and enduring legacy."

The 21 January press release from the Federal Government described his work as contributing "enormously to the body of evidence and analysis of migrant settlement and outcomes in Australia. In recent years he worked on ground-breaking research into the economic, social and civic contributions of first and second generation humanitarian entrants. He contributed to the understanding of the experiences of youth of culturally and linguistically diverse (CALD) backgrounds in Australia. His particular area of interest was humanitarian migration to Australia and the economic contribution of those Australians."

Premier Jay Weatherill also expressed his sadness, calling Professor Hugo's death an "enormous loss to South Australia and the nation ... he was an international thinker of the highest calibre and was greatly respected."

The Australian headlined their article on Professor Hugo as the "Passing of an intellectual giant and thinker of highest calibre." and highlighted his enormous contribution as the Director of the Australian Migration and Population Research Centre at the Adelaide University to understanding the nature and impact of migration in Australia and beyond.

Graeme was named an Officer of the Order of Australia for his services to population research in 2012. He authored more than 400 books, journal articles and book chapters — many of which recently focused on problems faced by job seekers from non-English speaking backgrounds.

Probably the best way to really get an idea of Graeme's influence on the views of the community and government is to listen to this brief interview on ABC radio. If interested in reading the work of Graeme, go to the Adelaide University site to find references to his papers.

As one of our geographical heroes we are saddened by his passing  but his influence will live on in so many ways. 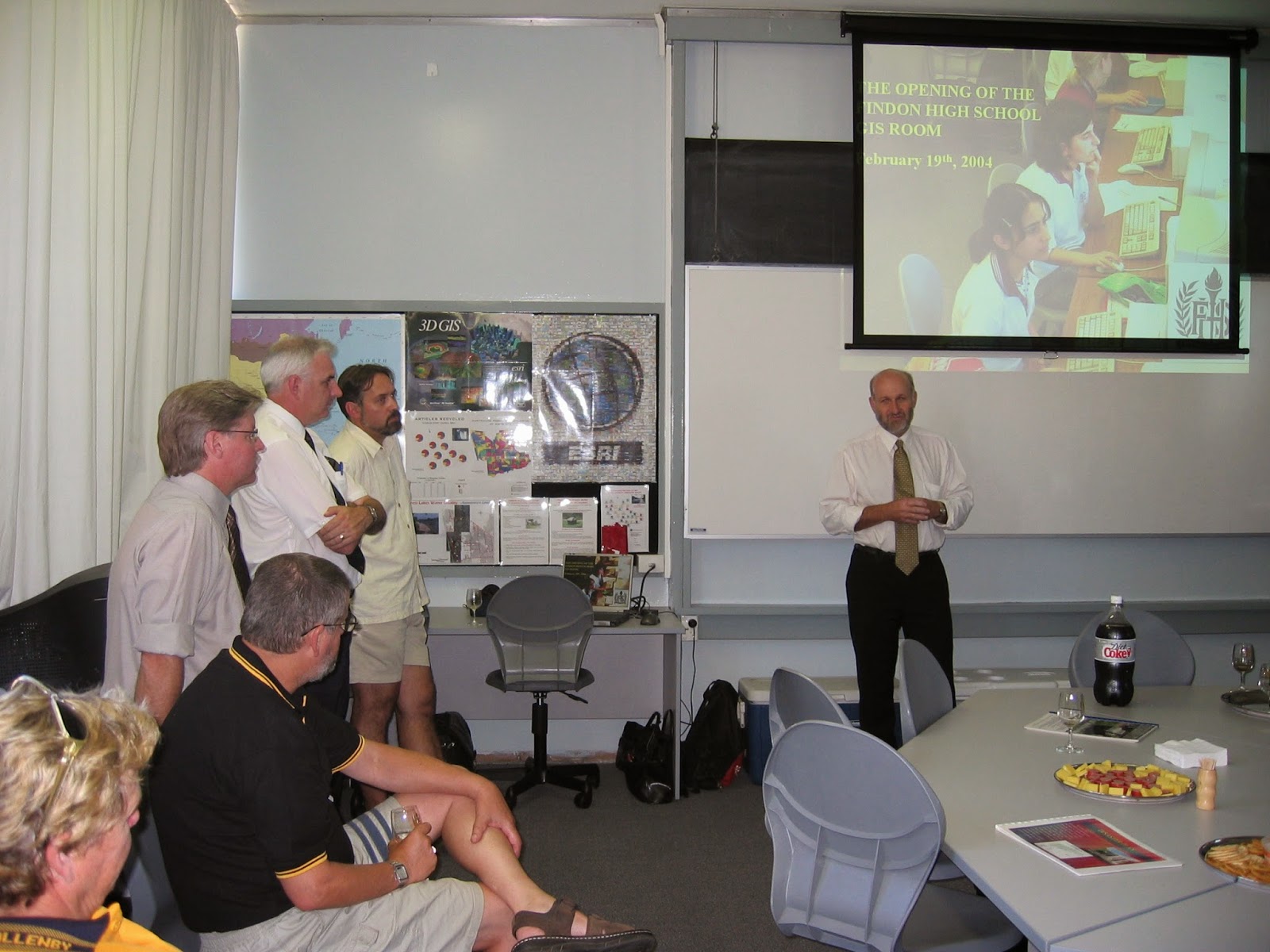 Professor Graeme Hugo was a proud ex-student of Findon High School in South Australia and as the Director of the University of Adelaide GIS centre (GISCA) he was pleased to see that Findon High was one of the first schools in Australia to integrate the use of GIS into the curriculum. This aspect of the Findon High School's curriculum was recognised across Australia by winning an Australian newspaper 'Best Australian School Award' for innovation in 2004. When Findon High was planning to open a 'state of the art' GIS dedicated classroom in 2004 I asked Graeme if he would open the room - named the 'Hugo GIS Room' to this day. As always Graeme happily obliged and I was amazed to find out when he arrived that the room to be named after him was in fact his Year 12 classroom at Findon High - I had no idea! It was a nice co-incidence and as the pictures above and below show, it was a really memorable and happy occasion for the students, teachers and South Australian Department of Education leaders who attended - and hopefully also for Graeme. 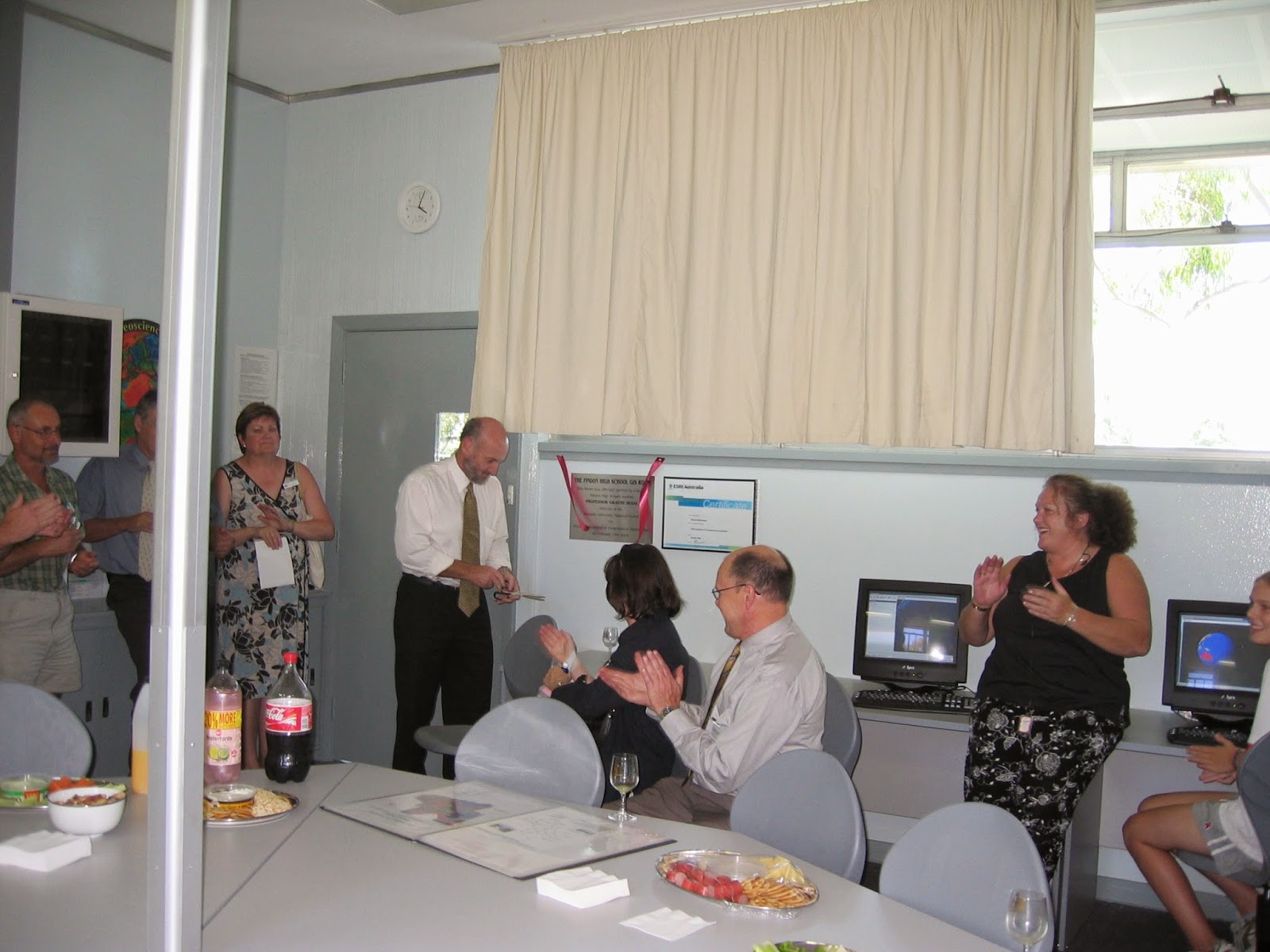 Graeme cutting the wall plaque ribbon for the opening of the ''Hugo GIS Room' at Findon High School in 2004.
Posted by Malcolm McInerney at 1:12 PM