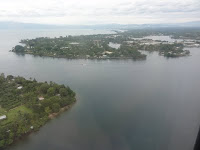 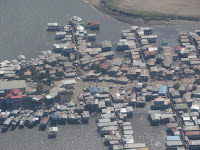 The final concept being developed for the Australian Curriculum: Geography is that of scale. Scale is fundamental to the understanding and functionality of geography. Although in essence scale is a mathematical concept (and is treated significantly as such in the Australian Curriculum: Mathematics curriculum) as geographers we recognise that the use and understanding of scale is critical to our work. Scale is the great enabler for representation of the earth’s surface and features and provides the unique zoom capacity for the study of geographical features and phenomena. Space and change are closely related concepts to scale but scale relates to all other concepts identified in the Australian Curriculum: Geography due to its nature as a tool during investigations. In particular, the geography explores related issues such as perception of size and distance when exploring perceptions and changes to scale. To this end the influence of technology is having a significant impact on the nature of representing scale and the perception of scale. In a globalised world is there really such a thing as a local scale?

Naturally in map making the concept of scale is fundamental and all-important as the geographer attempts to develop accurate representations and visualisations of the world we live in.
To non-geographers the concept of scale provides a challenge to understand and use and considerable work will be required during the implementation phase of the curriculum to provide support and clarity on the concept.

Here are a few attempts to define the term and its application in the geography classroom:

* Scale is about the hierarchy of divisions from the personal to the local, regional, national, world, regional, global and sometimes, universal. Map making and scale ranges of study are the applications of the concept of scale in the classroom.

* Scale' refers to the geographical extent of a study. A local-scale study is a study of a small area (for example, a neighbourhood, village or small town.

All of the above representations rely on an understanding and application of scale to create a cartographic representation of spaces that make up our earth, in this case focussed on the location of Madang.

As with the theme of the previous Spatialworlds Madang postings, the place of Madang can also be viewed through the concept of scale. Despite the difficulties of finding scale representations of Madang when I was there, the student of geography can develop map representations of the Madang area from small to large scale. Such representations could be a map of the world showing the Asia-Pacific region with Madang identified (a global small scale representation), an Asia- Pacific map locating Papua New Guinea (zone) to a map of PNG showing the location of the Madang Province (national), to a map of the Madang Province showing Madang (regional), to a city map of Madang (local) to a map of a street in Madang (a large scale suburban representation) etc.
All of the above representations rely on an understanding and application of scale to create a cartographic representation of spaces that make up our earth, in this case focussed on the location of Madang. Related to these representations are questions of perception of distance and space by those viewing and occupying the space represented. In the case of Madang, such perceptions have been changed in recent times by the building of a main road from Lae, the regularity and accessibility of air travel to Madang and increasingly by the introduction of communication technologies such as the mobile phone and Internet. Mobile phones are already shrinking distance for the population of the area and as the Internet becomes more common throughout the Madang Province in future years, the perception of isolation and access and in turn perception of scale by the people of Madang will change.
Posted by Malcolm McInerney at 10:16 PM

That’s pretty cool. The guide has anythings which are really awesome for the peoples. Butterfly Garden

I really enjoyed reading this blog. It was explained and structured with perfection; Best Digital Marketing Company in Delhi

very well written!
do check out: